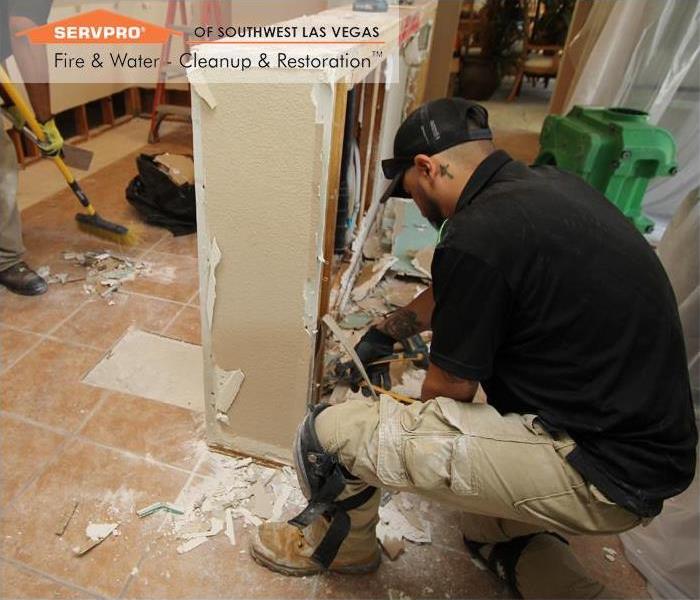 Water damage can strike at any moment and in most circumstances, at the worst time. In this situation it was a holiday and an angle stop had been so corroded that it finally wore until it burst dispersing a large amount of water throughout. During all this the homeowner had been at a relative about 5 hours outside of Vegas. The homeowner came home to several inches of water throughout. The homeowner called SERVPRO of Southwest Las Vegas to mitigate the area. SERVPRO was on site within 30 minutes and was able to begin extraction and minimize further damages to the property. In the photo shows a SERVPRO technician removing the island. The island was removed due to the high pressure of the water which damaged the cabinetry and about 4 ft up the drywall.