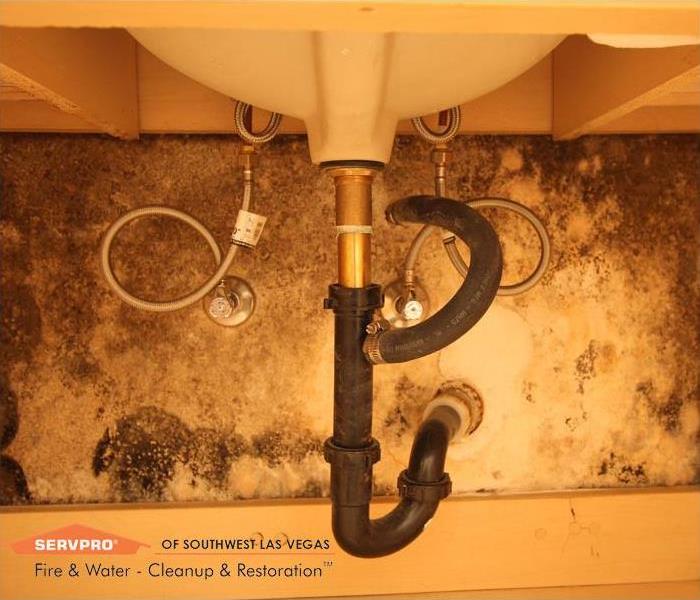 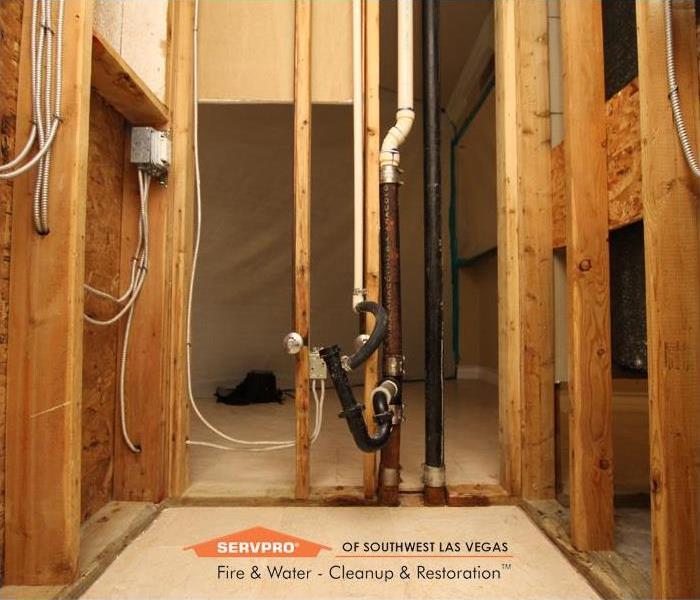 Small water leaks can cause large amounts of damage especially if you are a snow bird and are only at the residents for half of the year.  In this situation the homeowner had a small leak and what in another state, he did not turn off his water or check the property for problems before he left.  Over time this small leak caused massive amounts of mold throughout.  The before photos shows a glimpse of the amount of damage found on the property.  The after photos shows the structure after the final clean and passing certificate from the environmentalist. The homeowner was happy with the work and professionalism SERVPRO of Southwest Las Vegas had during the project. Photos and recording were made throughout and all given to the homeowner.